A Night of Horror: Stabbing at Jerusalem Pride; Murderous Burning in the West Bank

Originally published on the Leftern Wall. 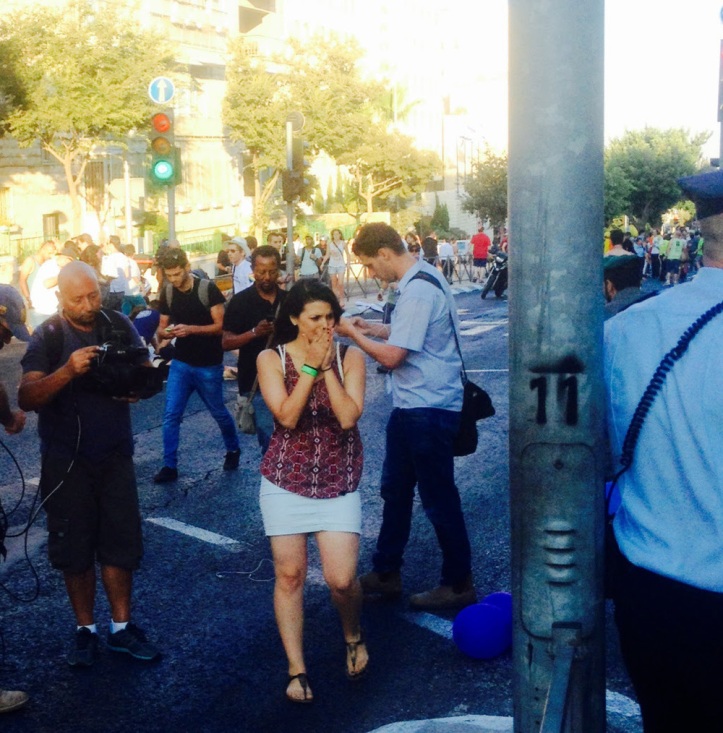 Yesterday afternoon, Kayla and I made our way into central West Jerusalem for this year’s Jerusalem Pride Parade. It was a sunny, crisp afternoon, and we met up with a friend, Jenna, whom we’d met in Berkeley last year, and a few of Jenna’s friends. There was such high energy at the initial gathering in Independence Park: everyone was dressed beautifully, laughing and practicing slogans and greeting friends. It felt wonderful to be in such a space in Central Jerusalem. 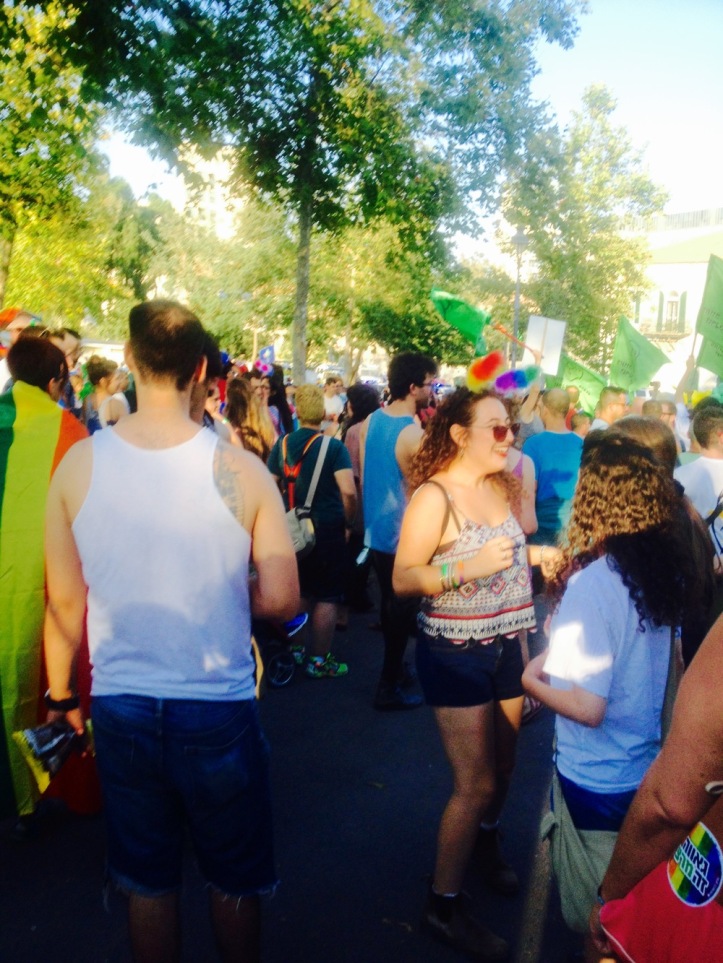 The march started, lead by the Trans Bloc, dressed in neon green. There was a big group of Meretz supporters, dressed in a darker green, and a group of Communist Soccer Fans, dressed in red, and a small cluster of Likud supporters, dressed in white. Kayla and I translated some of the more interesting slogans for Jenna, and we talked about the worlds of difference between this march and San Francisco Pride, or even Tel Aviv Pride. Along the streets, marchers had hung the some of the only flags I still find beautiful — a queer flag and a trans flag. 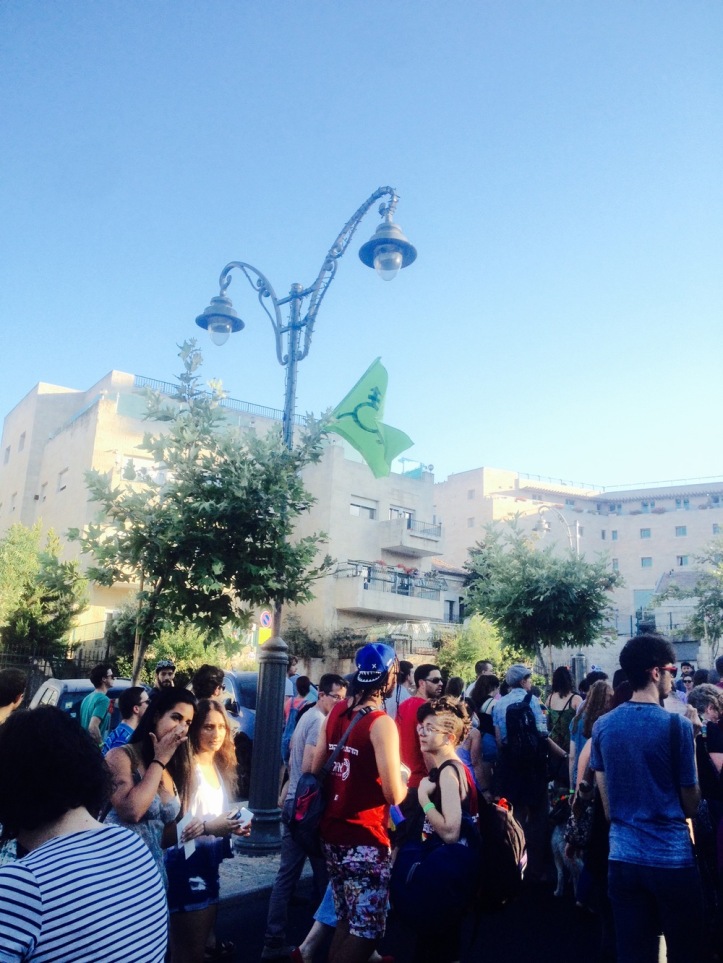 Someone mentioned that Lehava, a extreme right-wing organization that generally roams the public sphere in Jerusalem harassing and sometimes attacking Arabs, were planning a demonstration against the march. It wasn’t surprising to hear — the Jerusalem Pride March is often “controversial,” but as we walked through the crowd, filled with laughter and colors and silliness and seriousness, it was hard to comprehend how someone could find this march to be anything but joyful and beautiful. 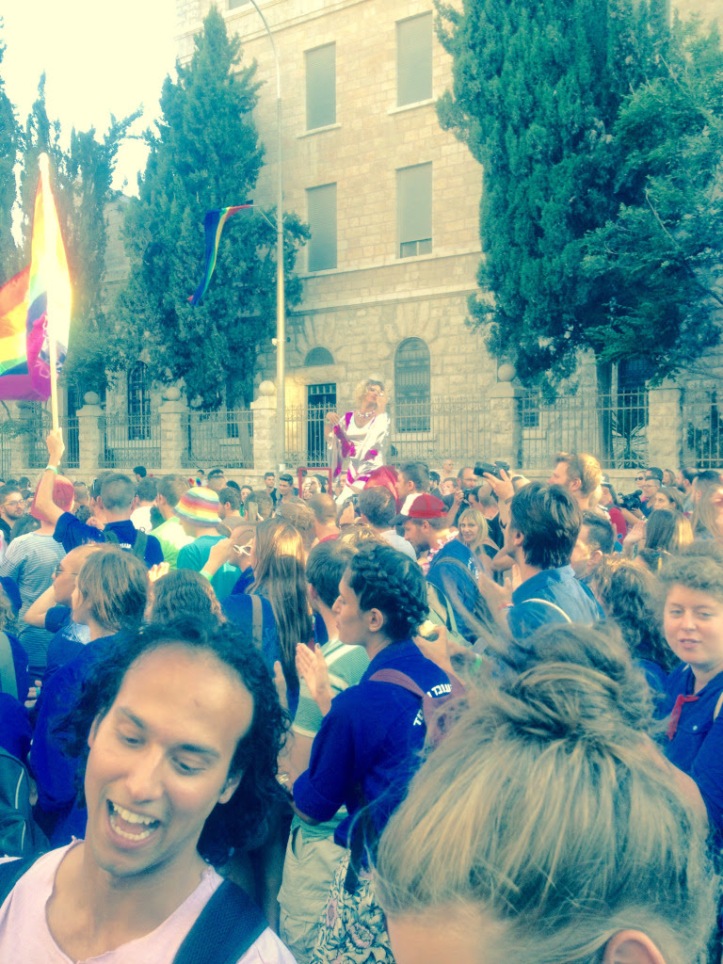 And then, a moment later, the crowd a few hundred meters in front of us began to crumble, a slow-motion chaos, with people running backwards and yelling. I heard someone next to me shout “Lehava went too far this time!” and I jumped over the side rail and ran forward, expecting to see a group of yellow-shirted teenagers pushing and shoving the demonstrators.

Instead, what I saw when I got closer was four people lying on the ground, each surrounded by a small cluster of others. There were dozens of police officers sprinting down the streets, and other horse-mounted officers riding in the direction of the four.

I noticed that there was a smattering of blood next to the man lying nearest to me. “He probably was just pushed,” I thought, “and the paramedics told him not to move because they are worried about his spine.” My brain was whirling to find a logic explanation for why these four were on the ground, not moving.

Police officers began yelling at everyone to walk back, walk back, don’t come forward. I walked back towards Kayla and Jenna and the others, and heard someone saying to their friend something about a stabbing, they’ve been stabbed.

The rest of the march – which continued until its end point in Gan HaPaamon- was the opposite of how it had started. If the march began as a celebration, it had been violently turned into a mourning procession. 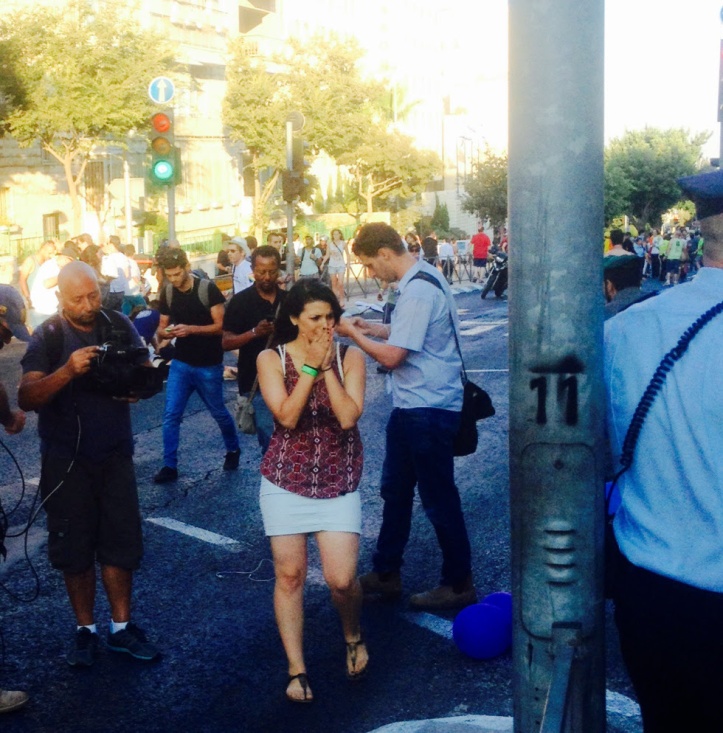 Six people were stabbed, by a fanatical ultra-Orthodox man who turned out to be the same man who had carried out a stabbing attack on the Jerusalem Pride Parade in 2005, and had been released from jail just a few weeks ago. Reports that I later read in Haaretz said that he had been going about the streets near his home, in the settlement of Modi’in Ilit, handing out handwritten flyers calling on others to “risk beatings and imprisonments” in order to prevent the march.

One of the people who was stabbed, a teenage girl, is still in critical condition. I am praying for complete and speedy healing for all of them, and for her in particular.

Later in the evening, a spontaneous protest march, attended by what seemed to be over 1,000 people, was held in Zion Square, and chants against homophobia and violence filled the night, as the rest of the central Jerusalem continued with its bustle, tourists, Thursday night-drinks, a small cluster of Lehava activists waving their flag nearby. 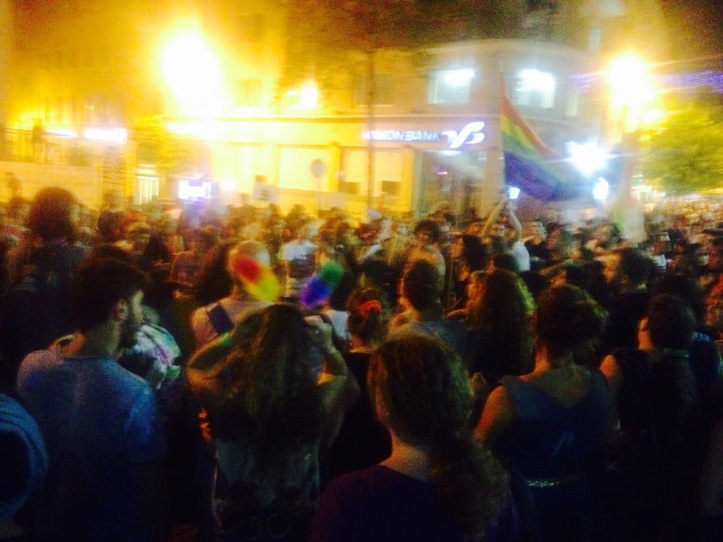 An 18-month baby was burned to death. His name was Ali Saad Dawabsha. He was as pure and good and holy as every 18-month old baby is. I bet he knew a lot of words. I bet his smile was the most beautiful thing on this earth. This earth feels sickly and sorrowful without him in it, and I never had the chance to meet him.

His brother and parents were all badly wounded, and are currently hospitalized. I am praying for their complete and speedy recovery. My heart is fucking broken for them.

But so I have run out of words. This place has run out. It is too much.