Fragments: On Hopelessness, Inadequacy, and Hope

While my parents were visiting me last weekend, my mom asked if I’d written any new posts for All That’s Left. I started to say something about how “I’m working on it,” but stopped. “I have a lot of introductory paragraphs and unfinished pieces,” I told her.

The truth is, I haven’t known what to say over the past couple months. It seems like things just keep getting worse and worse, and my words feel hopelessly inadequate. But I can’t continue to act like the events of the past weeks and months haven’t affected me. While I don’t feel like my words can effect much change right now, I also know that silence will not help. In that spirit, I offer some of my thoughts, disjointed though they might be, from the past few months. 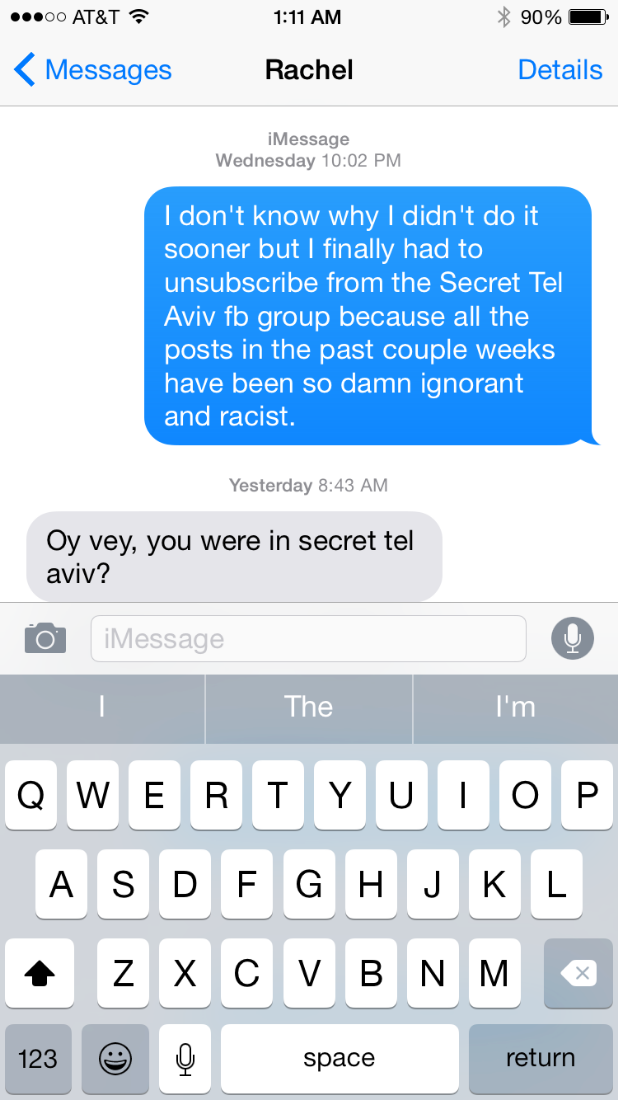 While I wrote my last post, one person stabbed six people at the Jerusalem Pride Parade, and a group of people firebombed a house in Nablus. Shira Banki is dead at sixteen. Baby Ali Saad Dawabshe, is dead at just eighteen months. His father, Saed Dawabshe, died a few days later, and as I write this, his mother and older brother are still hospitalized and fighting for their lives.[1]

Should I talk about how, since I heard about the attack on the Dawabshe family, I keep looking at twenty-two month old girl I babysit for, and thinking about how she’s just a bit older than baby Ali? She points at my mug of coffee and shrieks “hot!,” warning me that I could get hurt.  She doesn’t know what fire is, much less a firebomb, but she knows that hot things can hurt.

Should I talk about how everything I have learned about Shira Banki—that she was a teenage girl who participated in her school’s performing arts groups and went to the Pride parade with her friends—reminds me so much of myself at sixteen? I could probably find the pictures of myself, seven years ago, painted in glitter and waving a rainbow sign and hugging my friends and grinning.

So many smart, compassionate people have written about this. What more can I add?

News changes so quickly, what with social media. I wondered if I shouldn’t find something else to write about. After all, these killings happened two weeks ago. But I remember talking to the people I love who have lost parents or siblings or spouses or children to causes that are cruelly called natural. I remember how they say it feels so jarring, so offensive, to realize that the world goes on. So I still write about Shira and Ali and Saed, and I still feel so horrified to live in a world where this sort of thing happens so regularly, and I still don’t know what to say.

I don’t know why this headline hit me like it did. But on Friday morning, as I gulped the last bit of coffee in my mug, and gave my Facebook feed a quick once-over before running off to shower and start my day, I felt like I’d been punched in the gut.

It’s been a miserable month, in Israel-Palestine and here in the US. Pride parade stabbings, firebombings, children dead and their memorial posters ripped down. Police officers continuing to murder unarmed black people at will. Politicians inciting mob violence against ethnic minorities. Journalists killed on camera. Every day, it seems, more destruction of human bodies, to paraphrase the genius Ta-Nehisi Coates.

I told a friend that one of my greatest fears, in response to all this death and oppression and destruction, is that I will inevitably become numb to the point of apathy. After a white supremacist terrorist entered Mother Emanuel Church in South Carolina, sat through an hour of Bible study, and then took out his gun and killed nine people, I was furious and devastated, but I didn’t feel particularly surprised. I am used to living in a world where that sort of thing happens, and this terrifies me.

It just seems so needlessly cruel. Taking over a place in the dead of night, while nobody can see you, just because you can. This is not stabbing a teenager, or burning a child to death; those acts are easy to condemn and many have. This is one of the everyday acts of dehumanization that make up the nearly fifty years of the occupation. By now, it’s part of a normal, everyday reality. So many people—even those of us who oppose the occupation—are used to it by now.

One of my greatest fears is that I will become numb to the point of apathy. And this settler takeover, which was brutal and unjust but which did not kill anyone, left me feeling nauseated before I’d even taken my morning shower. This, apparently, is the alternative to apathy.

My favorite writer (and fellow anti-occupation Jew,) Tony Kushner, has said that “it’s an ethical obligation to look for hope; it’s an ethical obligation not to despair,” and I’m inclined to agree with him. Despair is often destructive; it prevents people from working towards a better future. But in times like these, I sometimes feel stuck between despair and apathy, between numbness and early-morning nausea.

Right now, late at night/early in the morning of October 9th

Yesterday, I did something that I probably should have done when I left Tel Aviv, almost two years ago: I unsubscribed from the Secret Tel Aviv facebook group. I don’t know what took me so long. It’s not as if I still need to know where to go for a vegetarian-friendly birthday dinner; it’s not as if I didn’t always know that my political views were, to put it mildly, different from most members of this group. But today, when I glanced upon the phrase “death to Arabs” while scrolling through my news feed, I realized I couldn’t take it anymore. This instance of racism in my newsfeed, terrifying in its ordinariness, seemed to be a tipping point.

Do I even have the right to let one bigoted comment ruin my day like this? I am safely ensconced in Brooklyn. I don’t face any occupation-related danger in my everyday life. I don’t fear being stabbed; my family does not live under a nearly fifty-year-old military occupation. There have always been bigots; this seems unlikely to change anytime soon.

Over the past week, I’ve been torn between never wanting to set foot in Israel-Palestine again, and wishing I could join those working for justice there. I’ve been equally preoccupied with worry and pride for my friends, and with a rage and grief at this oppression that seems to grow and grow each day. I do not have the mental energy for newsfeed bigotry right now.

To those who work for sustainable justice in Israel-Palestine, here in the US, and everywhere, who get up every day and patrol the streets to try to keep people safe, who pick olives, who attend peace vigils, who speak out and write and organize and maintain their humanity in spite of it all: Thank you. You have my gratitude, my respect, and my love.  If there’s an antidote to the temptation of despair, it is you, your work, and—dare I say it?—your hope.

[1] Sadly, Reham Dawabshe also died a month after I wrote this.